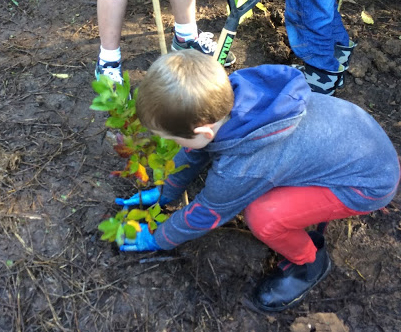 From 2011-2016 Gecko worked on the Sustainable Neighbourhoods Programme. We were funded by Auckland Council to work with 22 neighbourhoods in the Waitākere Ranges area (including Titirangi and Piha) and support them with ecological restoration projects that involved many tonnes of weeds being removed and thousands of native trees planted. We focused on building local leadership and knowledge, and improving ecological systems in people’s back yards, local reserves, stream and road sides.

One of the most successful sites is Beach Valley Rd in Piha where 99% of households in the street and surrounding area are involved in this neighbourhood-led initiative.

The Beach Valley Road Project Piha Group rapidly learned strategic planning, and very successfully adopted restoration/self-regeneration practices. Because of this weed habitat has been limited and controlled, while habitat for natives has been maximised. This resulted in significant native regeneration from natural seed fall and the seed bank, and minimised cost/effort for planting. These techniques, as well as weed control methodologies, also enabled maximum herbicide reduction and inspired many households to join the effort. It is now well on the way to being an entirely weed-free neighbourhood.

The group also worked together with the police and justice, so that people doing community service have contributed, and consequently developed local pride. This led to a happier neighbourhood with people meeting and getting to know each other more and new residents buying into the neighbourhood on the basis of the project. Some residents have used their new technical skills in restoration and knowledge of native plants to set up their own gardening business and small nursery.

Titirangi Primary School strategically targeted their grounds for restoration as part of a wider collaboration of neighbourhoods taking part in the the Sustainable Neighbourhoods Programme.  An ecological report of the site that was provided by Auckland Council found that the main restoration site was a sensitive Swamp Maire Forest. This report was followed by a three year Ecological Management Plan. Funding from Council’s Environmental Initiatives Fund allowed skilled contractors to carry out extensive weed control throughout the site. School classrooms were engaged in planting exposed bush sites and some hand weeding. Several planting events occurred where older students are paired up with younger ones. Hands and feet got very muddy! All the children were exposed to the environment around them and were proud to contribute.

Become a Friend of Gecko

We have established Friends of Gecko (FroG) to give you the opportunity to give back.